[body_class]
Google Visit us on Google+
Now Accepting Orders Online
Please do all you can to be safe, stay healthy, and to keep others safe. We are all in this together.
Sign In
QUICK ORDER FORM
Category
SMC Pneumatics

SMC is the world's largest manufacturer of pneumatic automation products.

Women In STEM Fields Who Changed Our World Forever

Women inventors have been inventing devices that affect all of us in our daily lives for years. Did you know the windshield wiper, non-glare lenses, kevlar, brown paper bags and many other inventions, which we take for granted, were created by women? Lets take a look at some of those amazing women in STEM fields.

Temple Grandin has improved the quality of life for agricultural animals as well as people who suffer with autism, Aspergers’s Syndrome and ADHD.  She earned a degree in animal science at Arizona State University (1975), and a doctoral degree in Animal Science from the University of Illinois (1989), lending to her expertise in the behavior of cattle. How cattle react to ranchers, movement, objects, and light was her focus. Because of her research she designed curved corrals intended to reduce stress, panic and injury to animals being led to slaughter. Although her studies and inventions are widely recognized for their intrinsic value, she is better known for her education and inventions while also overcoming autism. For example, to relieve herself from some of the stress of autism, she invented a “Squeeze Machine” or a “Hug Box” when she was only eighteen, stating that it helped her to feel relaxed. Later, she found that cattle also responded to gentle pressure, thus leading to the invention of a cattle restraining chute with hydraulic controls, which calm the cattle when constrained for injections and veterinary treatments. Squeeze restraints have been found to help anxiety in various other animals as well, and was discovered because Temple Grandin did extensive research on an ailment from which she suffered. Temple Grandin is an example of a famous woman inventor who improved quality of life for many animals and people because she invented something to help herself to feel content and productive. 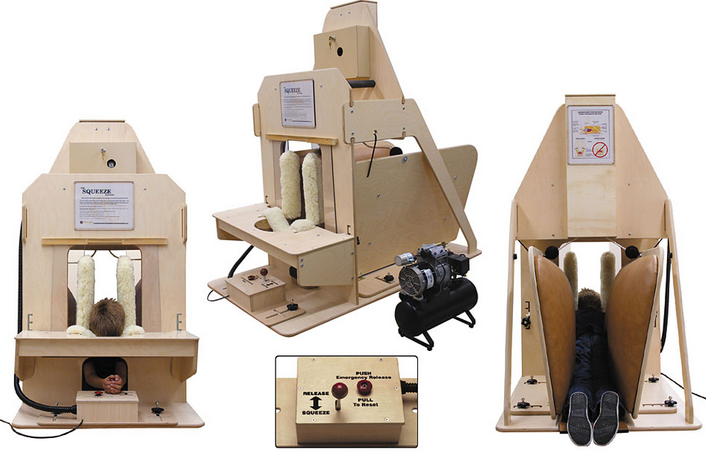 Margaret Knight was born in 1838. She attended school until she was twelve, achieving a basic education, and then worked in a cotton mill until she was twenty. In 1868, while living in Springfield, Massachusetts, she invented a machine that folded and glued paper to form the flat bottomed brown paper bags so familiar to shoppers today. She built a wooden model of the device but needed a working iron model to apply for a patent. While the iron model was being built, a man who worked in the machine shop stole her design and patented the device as his own. Knight successfully filed a patent interference lawsuit and was awarded the patent in 1871. With a Massachusetts businessman, she then started the Eastern Paper Bag Company, and received royalties for her invention. Margaret had other useful inventions, including: a numbering machine, a sash window frame (pulley), and several devices relating to rotary engines, which were patented between 1902 and 1915. What would we do without her inventions? 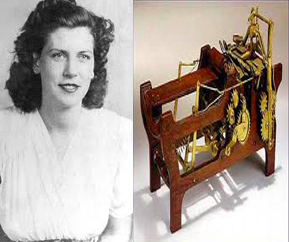 Katharine Blodgett was born in 1898 in Schenectady, New York. Her father was George Blodgett, a patent attorney at General Electric. Unfortunately, he was shot and killed by a burglar in his home just before Katharine was born.  Katharine’s mother moved the family to France. In 1912, Katharine moved back to New York City, where she was enrolled in the Rayson School.

From an early age, Blodgett had a talent for mathematics and was awarded a scholarship to Bryn Mawr College, where she excelled in mathematics and physics. She received a BA degree in 1917. Wanting to follow in her father’s footsteps, Blodgett visited the Schenectady G.E. plant where her father had worked. There she met a research chemist and was told that she needed to broaden her scientific education to work at GE. Following this advice, she enrolled at the University of Chicago in 1918 to pursue a master’s degree. Her thesis was about the chemical structure of gas masks, which was an excellent choice, since gas masks were needed and much in use for the troops in WWI. She published a paper on gas masks in the Physical Review at the age of 21. She completed her degree within the year, and in 1918, became the first woman scientist hired at the G.E. research lab. In 1924, Blodgett was awarded a position in the physics Ph.D. program at Sir Ernest Rutherford’s Cavendish Laboratory. Her dissertation was on the behavior of electrons in ionized mercury vapor. She was the first woman to earn a Ph.D. in physics from Cambridge University in 1926. 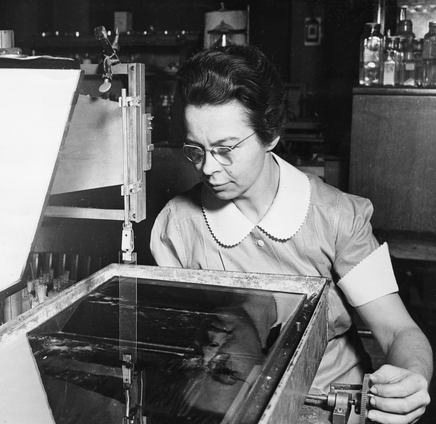 In her career, Dr. Blodgett worked as a research scientist for G.E. in Schenectady, New York. Her work had to do with creating molecular coatings on the surfaces of water, metal, or glass. She developed many practical uses for these gossamer thin coatings applied in layers to a plate with precision. Her inventive coatings were used on glass lenses to make them non-reflective. These were widely used in the motion picture industry as well as for projectors, cameras, submarine periscopes and airplane spy cameras in WWII. Dr. Blodgett was issued eight U.S. patents during her career. She was the sole inventor on all but two. Dr. Blodgett overcame many obstacles to do what she loved. Blodgett’s many inventions are still in use and affecting our lives today.

Stephanie Kwolek was born to Polish immigrant parents in the Pittsburgh suburb of New Kensington, Pennsylvania in 1923. Her father died when she was ten years old, but before that, she spent many hours with him exploring the natural world. He was a naturalist by avocation and passed on to his daughter an interest in science. In 1946, Stephanie earned a Bachelor of Science degree with a major in chemistry from Margaret Morrison Carnegie College of Carnegie Mellon University. She planned to become a doctor so she took a job at DuPont’s Buffalo, New York facility in order to earn and save money to finish her education to become a physician. However, she found the work was so interesting that she decided to stay and keep working for DuPont, rather than becoming a doctor. In 1951, she won the first of many awards, a publication award from the American Chemical Society. She invented a way to produce nylon in a beaker at room temperature.

Kwolek is best known as the inventor of Kevlar. She was trying to invent a lightweight strong fiber to be used in tires, but as we know, Kevlar has many more uses. There are more than 200 applications for Kevlar, including tennis rackets, skis, boats, airplanes, ropes, cables, tires, and bullet-proof vests. She did not profit from this invention, as the patent was immediately signed over to DuPont. She did receive a great many honors and awards, and was able to patent some of her inventions in her own name. Stephanie Kwolek certainly qualifies for the title of a famous female inventor. 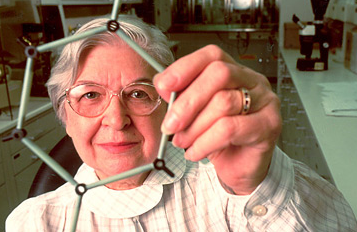 Patricia Bath is another inventor who is extremely inspirational. She was born in 1942 in the Harlem neighborhood of New York City. She has broken ground for both women and African Americans in several areas. She was inspired by Albert Schweizer for his work in medicine. She won a National Science Foundation Scholarship while attending Charles Evans Hughes High School and this led her to a research project on cancer at Yeshiva University and Harlem Hospital Center. She went on to receive a Bachelor of Arts in chemistry from Manhattan’s Hunter College (1964), and her doctoral degree from Howard University College of Medicine (1968).

Education completed, Bath returned to Harlem and interned at Harlem Hospital Center, also serving as a fellow at Columbia University. During this period, she became aware that the practice of eye care was ill distributed among racial minorities and the poor population. They were suffering a high incidence of blindness due to poor care. She persuaded her professors at Columbia to perform surgery on the eyes of poor patients at Harlem Hospital at no cost. Bath pioneered the practice of volunteer based outreach to bring eye care to poor populations.

Bath holds four patents in the United States. In 1981, she conceived of the Laserphaco Probe, which is a medical device that improves on the use of lasers to remove cataracts. The device quickly and nearly painlessly dissolves the cataract with a laser, irrigates and cleans the eye and permits the easy insertion of a new lens. It is used internationally to treat cataracts. She also patented a method she devised using ultrasound technology to treat cataracts. Bath is a shining example for women inventors everywhere. 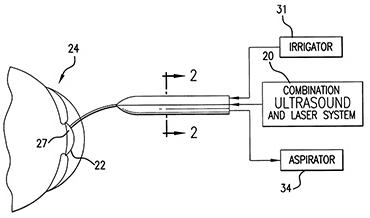 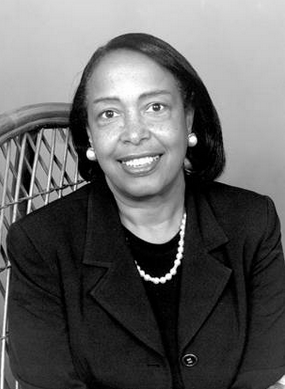 Although we only chose a few, there are hundreds of women in STEM who have changed our world as we know it. When young girls have an interest in becoming women inventors, they need effective encouragement and to focus on, and be inspired by, those women who have shown enough persistence to be successful. We hope we have highlighted a few shining examples in this article.

SMC Pneumatics USA, powered by Orange Coast Pneumatics (OcAire) is an official, certified provider of SMC Pneumatics products. SMC offers 11,300 general pneumatics products, with over 560,000 variations, engineered to meet applications in every sector of the market, including manufacturing. From Semiconductor to Automotive, Medical to Petroleum, SMC's products are designed to fit your unique requirements. If you would like more information on our products and services, please visit us at our Website, Facebook, Twitter, LinkedIn, and Google+. We look forward to serving your pneumatics needs.